Popular in the 60’s and 70’s the mushroom haircut for men is making a big comeback in 2022. It’s a style that can be created to look either professional or laid back – depending on the guy!

It’s really well suited to younger men and can be tailored to reflect the personality of the wearer. It is created by cutting the sides short and leaving the top long.

The longer hair curls over or is highlighted against the shorter hair, giving the style a round mushroom shape – hence the name! 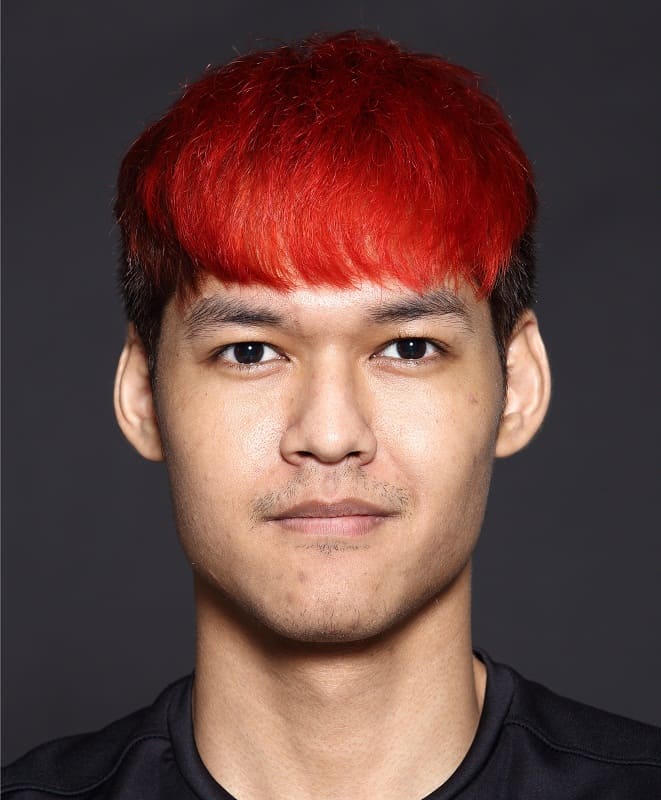 Almost any color will contrast in an edgy way with black hair, but this electric red is extra hot. Color just the top into a wide strip to make it the focal point of your mushroom haircut. 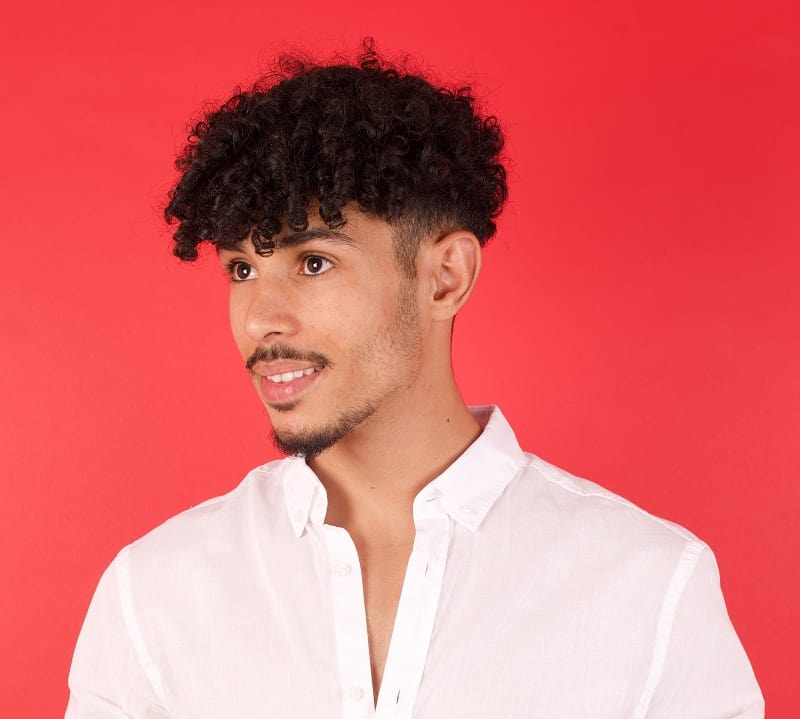 If you keep your spiral curls generally the same length all over, you’ll love how a mushroom haircut gives it new life. The short sides will narrow your face shape and make the hair more manageable. 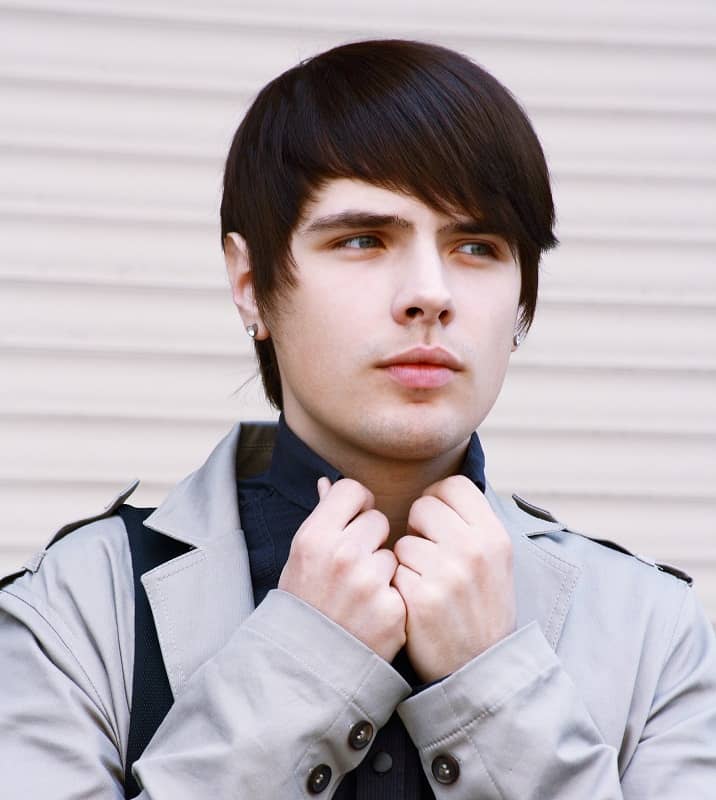 Put an emo twist on your mushroom haircut by layering straight hair to create a hot side bang. Using a blow dryer or flat iron will help give you the sleekness shown here. 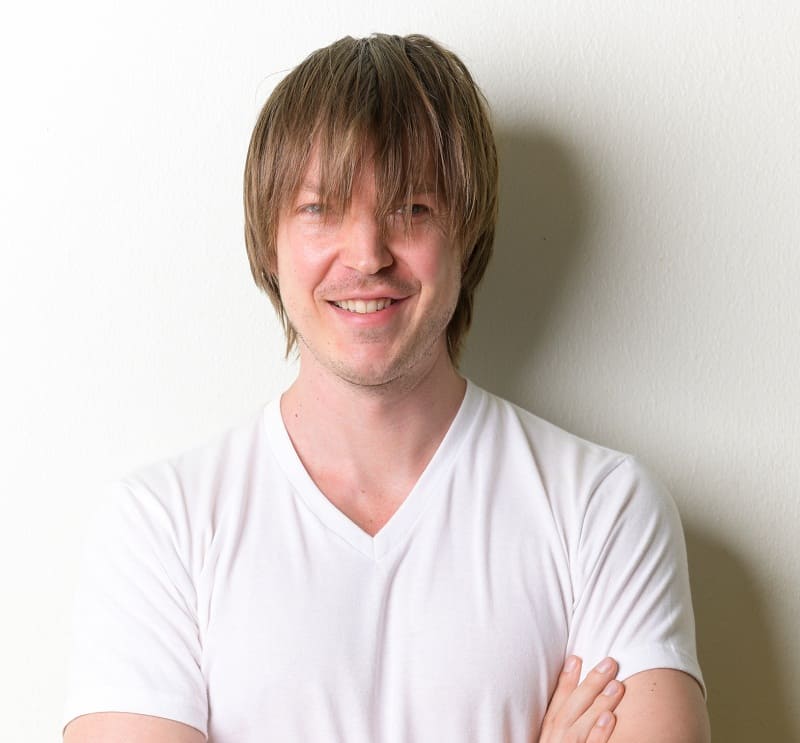 This blonde mushroom cut is emphasized by the extra long straight locks that come down in front of the eyes and the short pieces in the back. Create the piecey look by using fingers to shape chunky sections with hair gel. 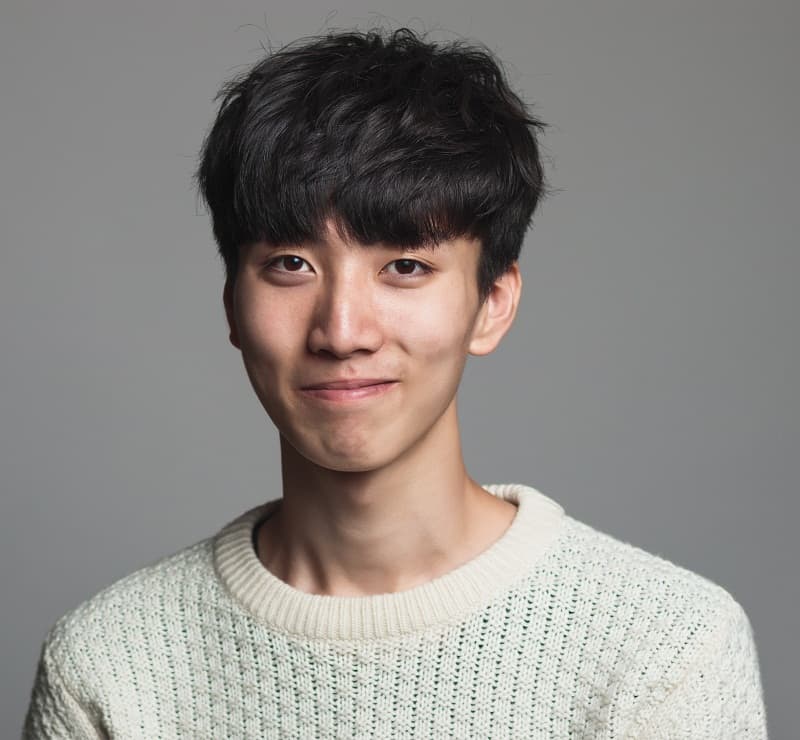 A messy mushroom cut works wonders for men with thick hair. Start by bluntly cutting the bangs, then scrunch up the top to get the wavy messy look. 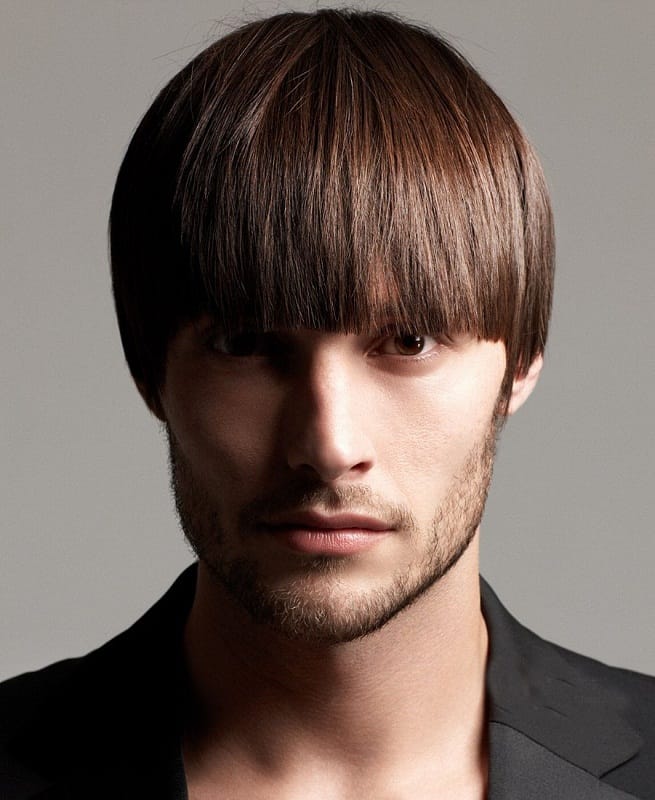 We’re pretty confident the Beatles would approve of this sleek and straight mushroom cut. It works best for men with naturally straight hair as all you’ll have to do is aim for a bluntly cut extra long bang. 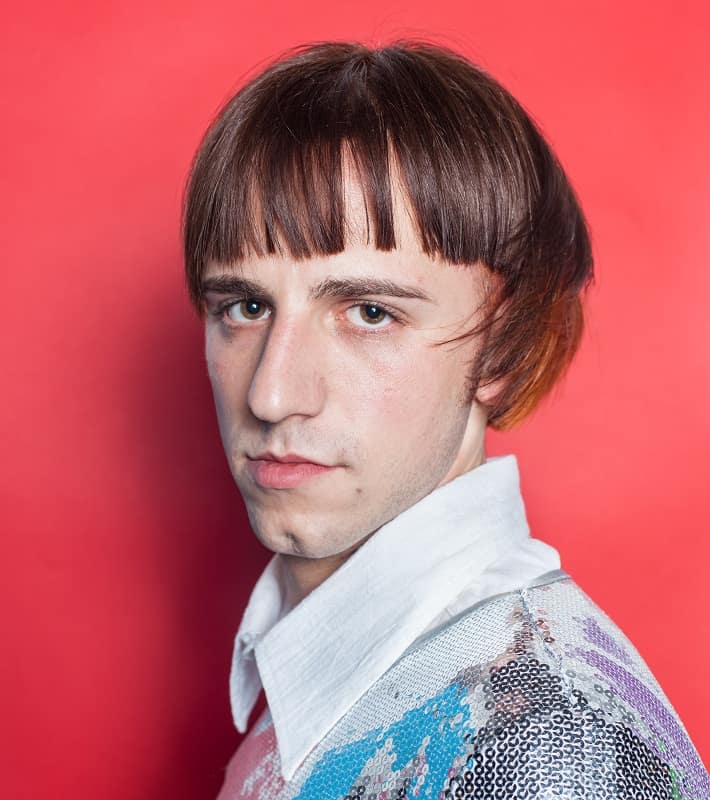 To put a hipster twist on the mushroom hairstyle, have your stylist cut in uneven bangs, leaving the back a little unruly and messy. There’s no shortage of detail on this do!

# 8 The Mushroom for Oval Faces

Looking for something to flatter your oval face? A mushroom cut with sleek locks and a cropped bang is just the thing. It will cover a large forehead and add a whole new framing to your face.

Don’t want to have to worry about making your hair look perfect in the morning? This somewhat disheveled mushroom haircut is easy to style and go with its stray locks.

Make your hairstyle the edgiest your guy gang has seen by having your stylist shave in a bald fade. It’s a punk-rock update that takes a mushroom cut from a level 5 to a level 10.

# 11 Black and Blue with Bold Undercut

This guy has the confidence needed to wear this style! The sides have been cut quite short along the sides and the hair has been colored a bold electric blue, with just a hint of black underneath. The effect is striking and original.

This style frames the young man’s face perfectly and accentuates his features. His sable brown hair has been left slightly longer than usual on the sides and a fringe has been added.

The mushroom haircut for men is versatile, so it works well on straight and curly hair, like you see here. The style shows off glossy, sooty black hair to perfection.

This style makes Rupert Grint look relaxed and laid back. The slightly longer cut frames his face and flatters his curly, golden tresses.

The mushroom style was once considered to be an informal cut, but this man demonstrates how it can be adjusted to suit the workplace environment.

The keys to this more professional look are keeping the hair above the eyebrows and ears.

This young man’s haircut is made even more striking by the color he has chosen: a very light mint. He’s gone with a longer and choppier cut, which leaves his ears open but falls onto the eyebrows.

The hair has been trimmed into a neat, almost straight line on the forehead, which works well with his slightly longer face. He’s chosen a reddish-purple color and his wavy hair adds volume to the style.

Here we see a classic version of this style – his pearl white hair has been cut in a “bowl” shape (same length all around, with short sides). The color is eye-catching and draws attention to the style.

Here we again see the “bowl” version of the mushroom cut. The top hair has been left quite long so that it covers the undercut below.

This lengthier, choppy fringe works well on a long face and the hair has been trimmed to just cover the ears. The cut adds volume and texture to his dark brown hair.

# 21 Sleek and Sexy Cut with Shine

Straight hair has the disadvantage of sometimes looking flat, but this cut gives the hair shape and volume. The result is mature and sultry!

# 22 Black and Blunt Cut with Razorcut Underneath

A severe haircut needs serious confidence to pull off and this is a great example of that. The hair has been trimmed to the same length all around and the undercut has been done with a razor.

# 23 The Longer Style to Frame the Eyes

In this 60’s version of the mushroom cut the hair extends a little further down and comes in to frame the face and eyes. It’s an informal style, well suited to a young person.

Here again we see how the mushroom style can be adapted to pull off a more professional look. The hair has been feathered on the front and sides and falls to just above the eyebrows.

In this “bowl” shaped version the hair has been trimmed to a short length on top with a razor cut on the sides. The result is a tight haircut with texture on top.

This young guy is rocking this style with his sleek and shiny jet black hair. It’s been cut a little shorter to frame his face and the sides hide the undercut.

This style is tight with a high blunt cut all around. The sides have been shaved and although the hair is straight there is plenty of volume on top.

This eye-catching, geometric mushroom cut has been created by cutting the hair higher up than usual and shaving the hair clean along the sides.

Here we see some longer locks extending down making the cut quite unique. The hair has been cut bluntly across the forehead and the texture at the back, and the addition of bold blue highlights adds drama.

He has the chiseled features and dead straight hair needed to pull of this style. Again we see the hair trimmed to a short length on top with a fringe and shaved on the sides.

# 31 Short Look That Flatters the Face

Another shot shows the higher up, close and tight cut with the shaved sides. The top is dyed purple on the side.

In this version of the mushroom cut the hair has been parted down the middle and left longer to frame the face. The hair falls over the ears and covers the undercut. The highlights give that Brad Pitt look.

There is lots of drama in this style due to the contrast of platinum blonde hair on top with brown color on the undercut. This style has been given a softer look by using feathering along the edges.

This sorrel brown hair has loads of volume and texture, while still looking neat. The cut line is just above the eyebrows and ears and is not as blunt as the traditional style.

The hair has been cut bluntly, quite high up, however, it stills suits his face well. The straight hair has been given some texture on top and the sides closely trimmed with a razor.

As you have seen the mushroom haircut is versatile and can be used on curly or straight hair and almost any face shape.

It can be styled to look professional or relaxed and added color and texture can make it stand out. So guys, if you need a haircut, why not ask your stylist to try this cut? It’s sure to look awesome!