Men’s hairstyles keep changing with time and seasons. Sometimes it is for identity, affiliation, sheer expression of a fanatic, and just a way of fashion. There was a time when long hair was the trend of the day.

That passed and then came weaving, and the trends keep changing. But a keen look at past and present hairstyles shows that there are cuts that have never been discarded. They persist, and if necessary, a few remodeling is done to suit necessary changes.

Men mostly use hairstyles to define their persona. 90s hairstyles were revolutionary in fashion because it was the time when hip-hop culture was gaining ground. Men are still enthusiasts of short hairstyles which took root in the 90s.

To take you back into the days, here are the top men’s hairstyles that rocked in the 90s. they ranged from teens to music stars and other celebrities. 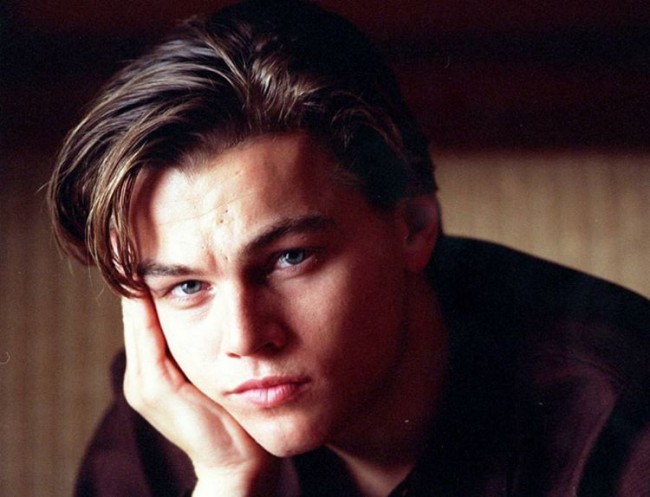 Nicknamed “Young Leo” and the “Nazi Haircut” by its enthusiasts, this hairstyle was a hit among young men and celebrities of the 90s.

Brad Pitt and David Beckham well represented this swag among celebrities, but no one donned this hair swag better than the Titanic maestro, Leonardo DiCaprio.

But why is this famous? Besides the cool aura this hairstyle gave men, it could be worn by both long-haired and short-haired dudes, thus a good hairstyle choice for many. 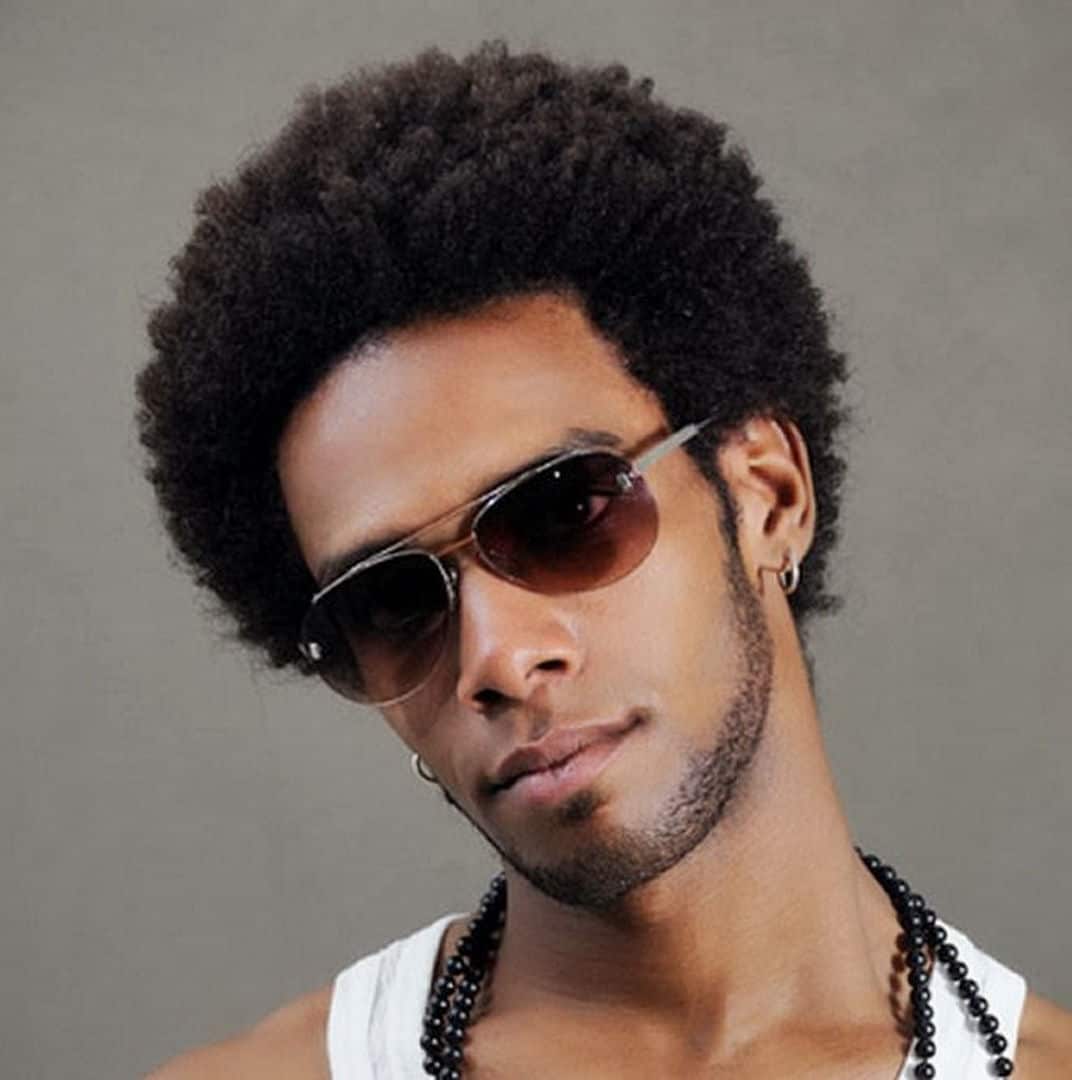 This sounds 60s, but surprisingly enough this hairstyle resurfaced with a bang in the 90s. With the likes of Kobe Bryant and Ludacris representing this swag, the 1960s afro was back to stay.

This hairstyle appealed largely to men with long hair and kinky hair texture. Conventionally, the hair could be extended from the scalp and made into a round shape like a ball.

For those who long hair was not a gift from the Maker, afro wigs were available to fill the deficit. 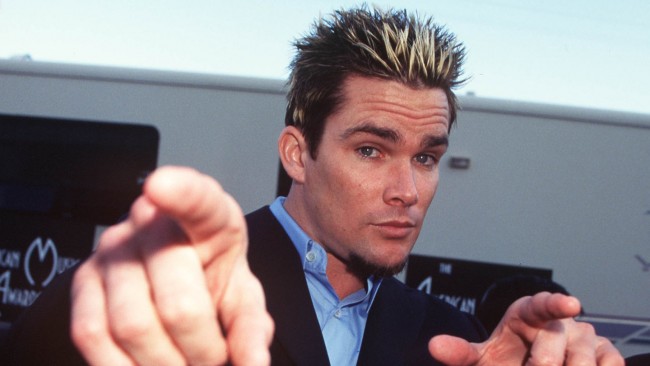 Having read the subtitle above, your mind should now be on Backstreet Boyz. If not, then you should at least be having a blurred image of Lance Bass.

Frosted tips was a late 90s hairstyle characterized by short hair with spikes at the tip, made using gels and hair sprays. The hair could also be dyed to give a pale blond look.

This hairstyle was a hit not just because Lance Bass couldn’t think of anything better to put on his head, but because it simply blended with the skin and hair tone, giving it a multidimensional look. 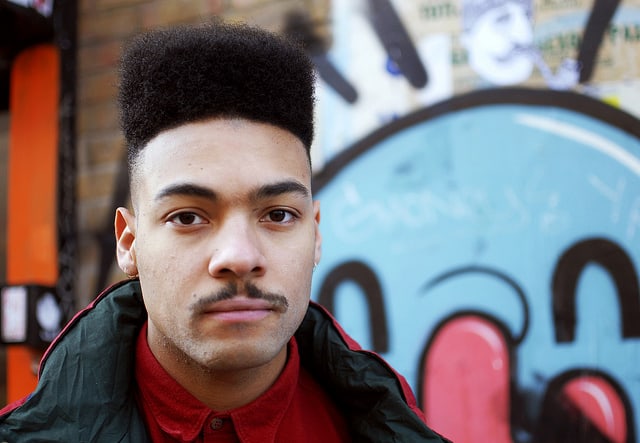 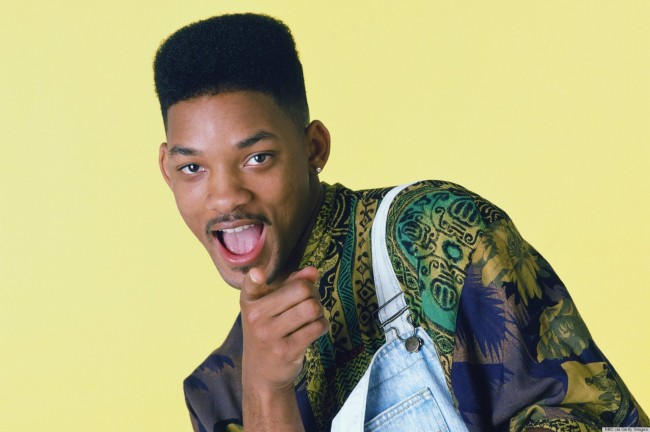 Anyone having a flat top hairstyle could be noticed by the flat sides and the raised and flat top of his hair.

Basically, this hairstyle was crafted at the barbershop by cutting-short the sides of the hair and making the hair at the top of the head longer. Will Smith in the Fresh Prince is a very apt example when talking of this hair swag. 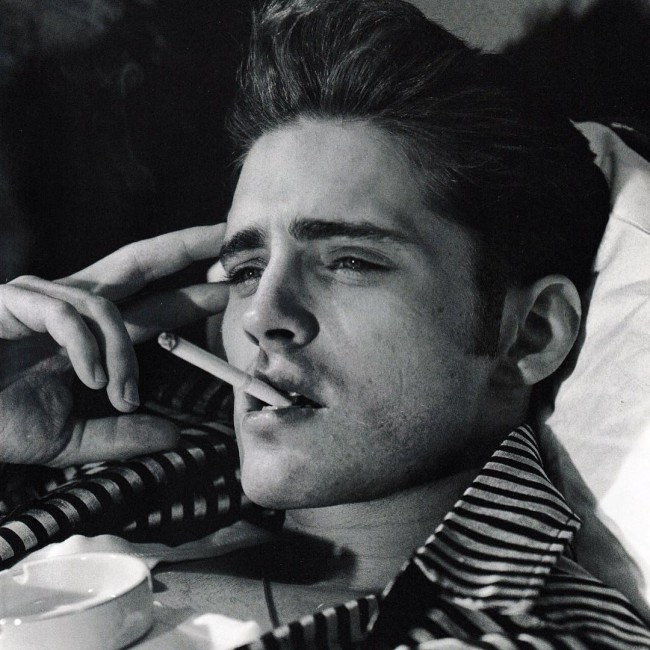 Teens played a role in bring some style into their hairs. Maybe they were staging a revolution against the older generations who would wish to dictate their hairstyles.

Known as slick back, this style was in the hearts of many teens. It had curls on side and popular with guys who had short hair. It could be styled into different style to suit different hair types. 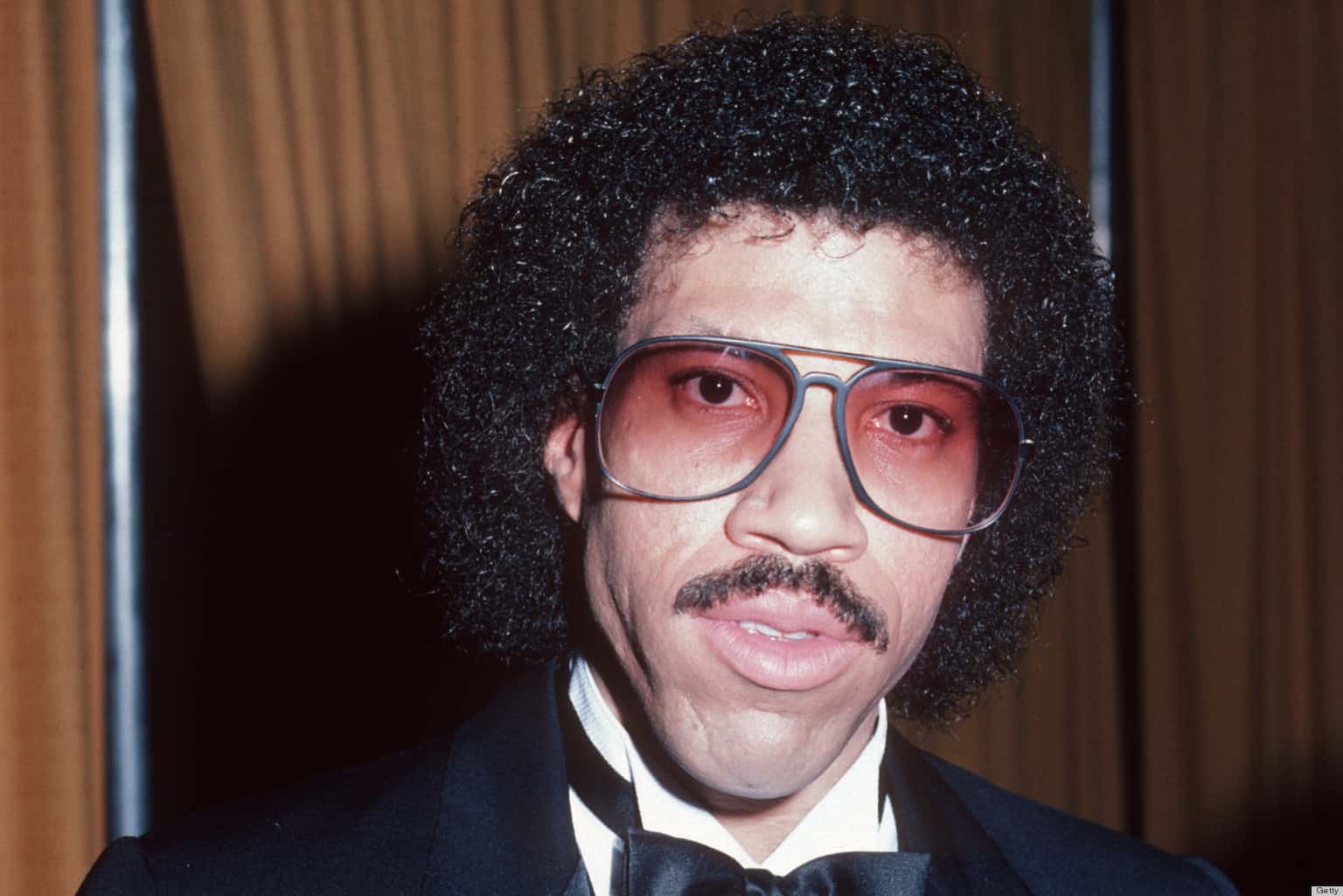 This hairstyle first erupted in the 70s then resurfaced in the 90s. Sad enough, with time, the gels needed to maintain this hairstyle got expensive thus it lost its foot on the ground. 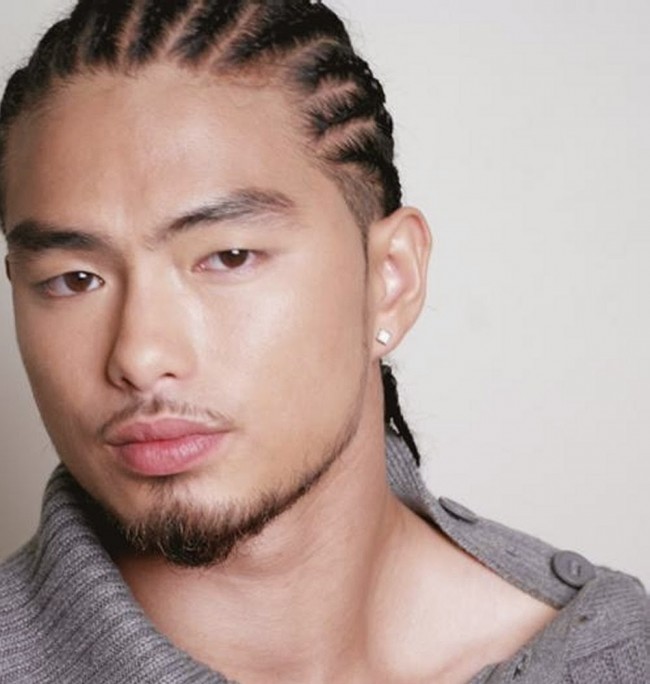 Propagated into popularity by the hip hop culture, this hairstyle was a favorite among many youths especially Black Americans. It was a trademark hairstyle among many hip hop artists and basketball players. 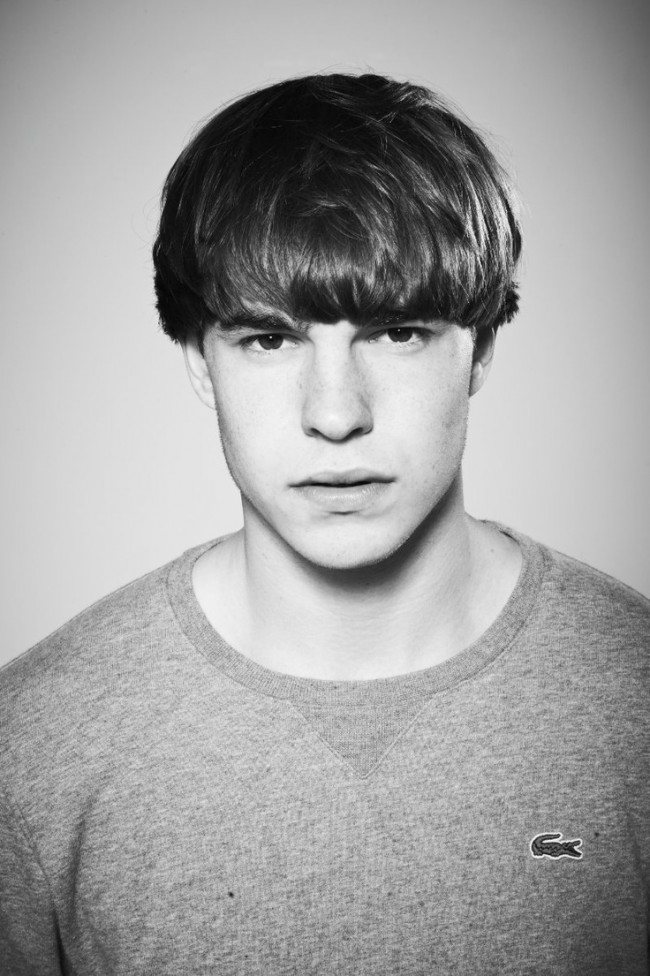 It would have been odd if this hairstyle was to be left out, especially if you are reading this and you spent a large part of your childhood in the 90s. Why a large part of childhood? Well, this haircut was common among children.

The hair would be cut all round the head at equal lengths to the top, just above the ears. Some punk rock bands such as Ramones adapted this style. 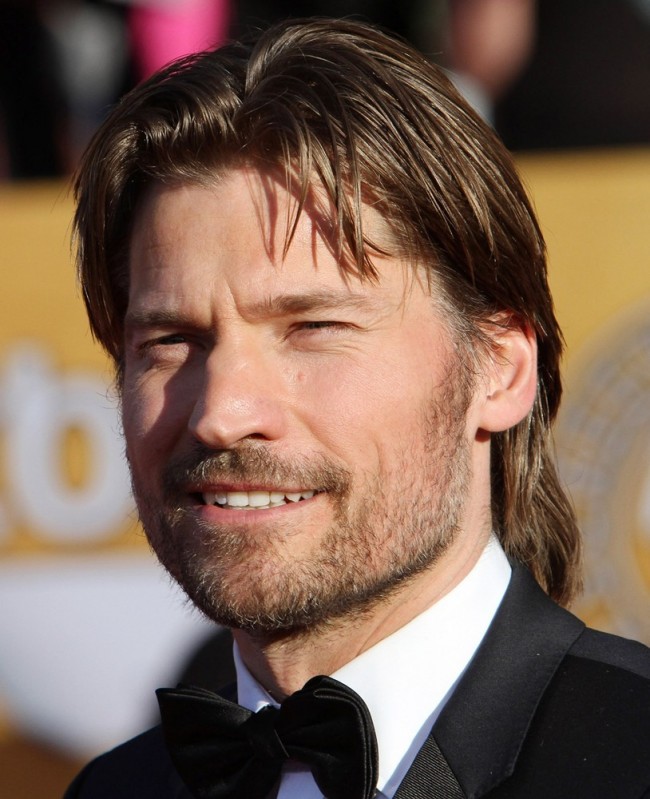 A round of applause should go to the Beastie Boys for introducing this fad. After their song “Mullet Head” in 1994, the mullet hairstyle came to be. This hairstyle is characterized by a shorter hair at the front and a longer hair at the back. 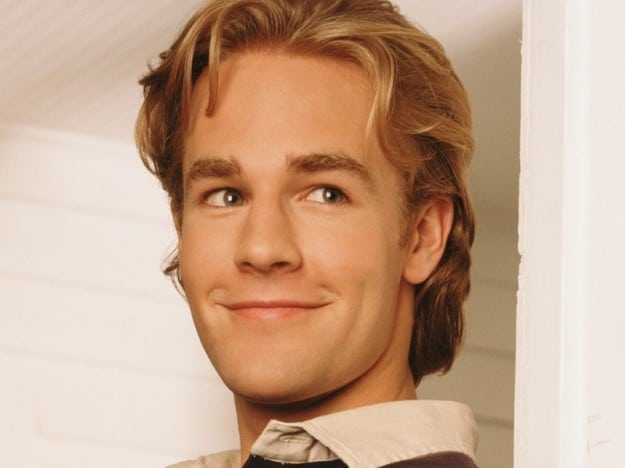 If you remember Dawson from Dawson Creek then you have definitely seen this hairstyle somewhere (on Dawson definitely). This 90s hairstyle was fancied since it had a natural curl that was not controlled and too tight, thus it gave a glamorous look to anyone who donned it. 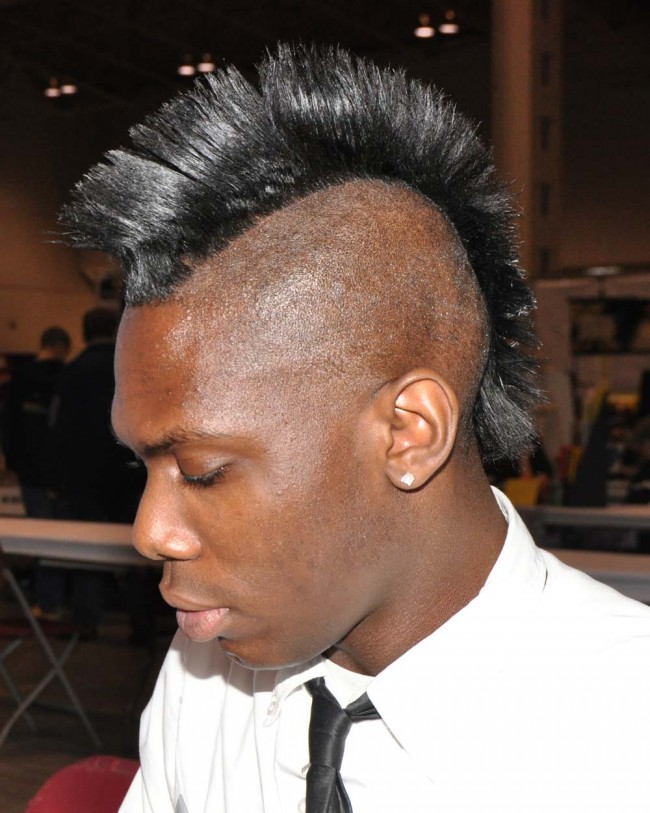 This is one of the oldest hairstyles maintained. Having debuted in the 70s, this hair swag involves complete shaving of the side hair while maintaining the middle hair long. It has been re-styled severally into “dread hawk” and “raw hack”. 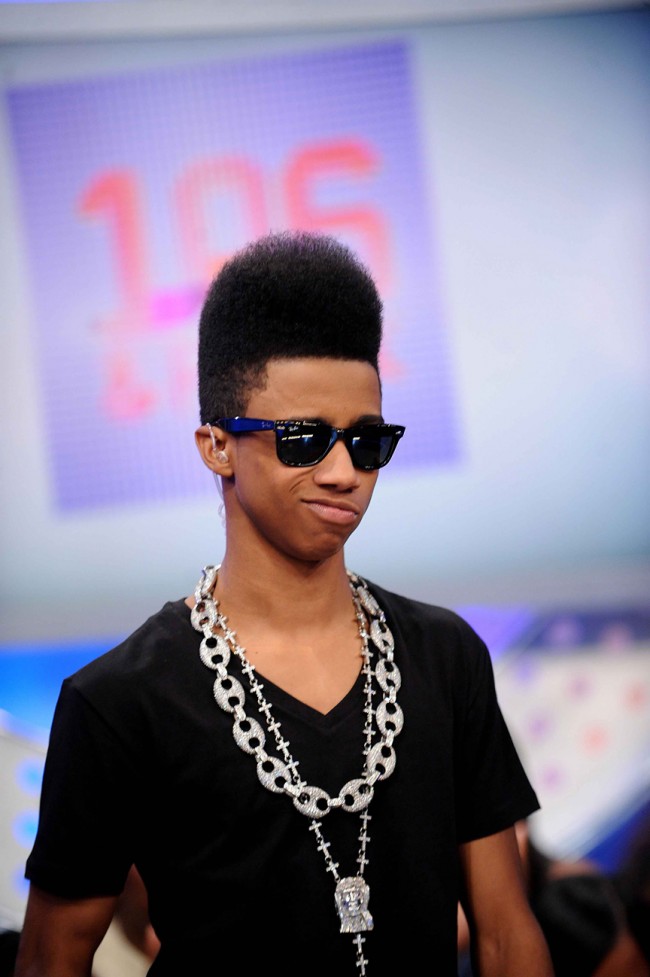 Now this one was confusing. Similar to the flat top, the hi-top fade was styled by cutting the side hairs completely and leaving the hair at the top alone.

The only difference between the two is that in hi-top fade the middle hair was left to grow longer than in flat top. Sadly for this one, it popularity died off in the late 90s, but a resurgence occurred in 2010. 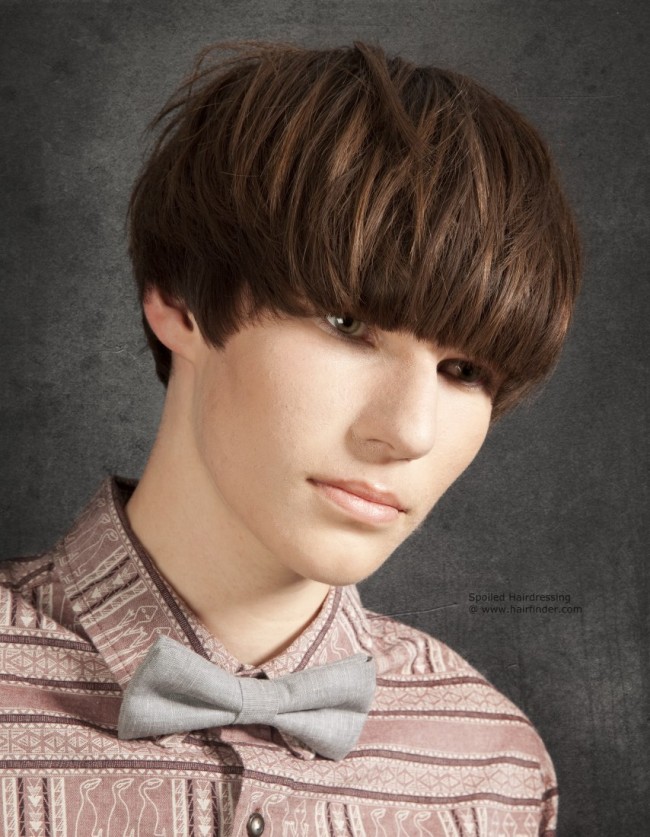 This one bared close resemblance to the bowl. Still common among kids in the 90s (I bet you must have had one), the mushroom was at the ears compared to the bowl which was raised a little bit higher. 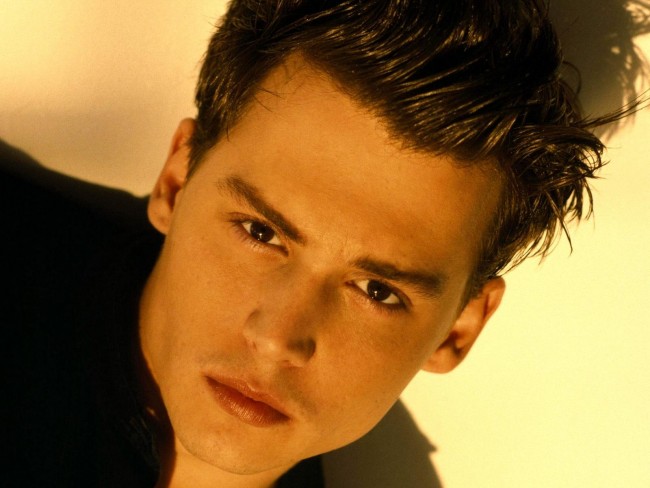 Men who could not get their hair into what they wanted it to be turned to gel. The super-gelled style was for those who wanted a curled hair which was not naturally in that state.

It was a style for men with short hair that was gelled and parted at the middle from the front to the back. Brian Austin was popular with it, the middle part was a clear-cut line that went beyond the middle of the top head. 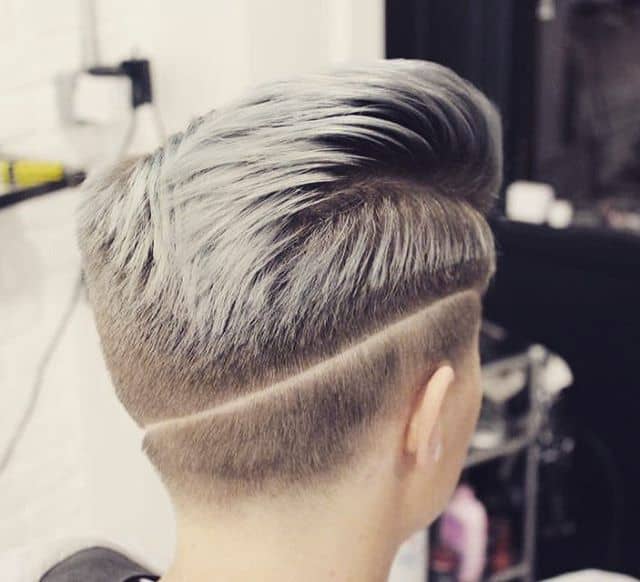 Side hair lines were started in the 90s. It was a simple style that would go with many hair cuts as long as the side hair was trimmed almost to the skull.

The hair was trimmed on the sides and three line-like illustrations drawn on both sides. M.C. Hammer was known for this style which has persisted and is popular with some men to date. 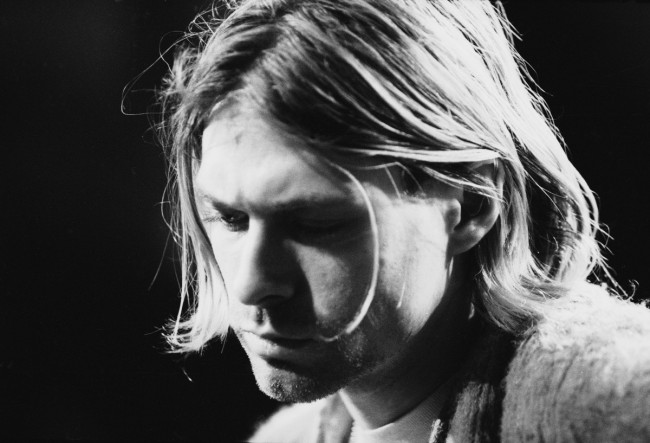 Long hair was not so much a style for the 90s men. Those who had it needed a way to style their hair into something that would pass as fashionable.

Men with long hair parted it at the center sideways and kept the tips spread. Kurt Cobain had this style for some time. 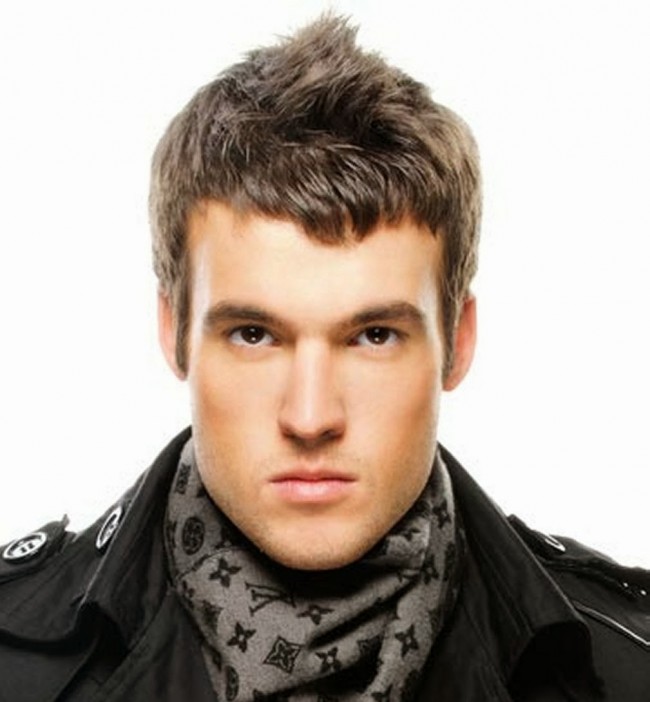 Men with short hair were favorite for this ancient style borrowed from the Jews of the Bible. Even those with long hair could shave theirs to fit this style since it was simple and easy to go for many men. George Clooney is one famous star to have this design. 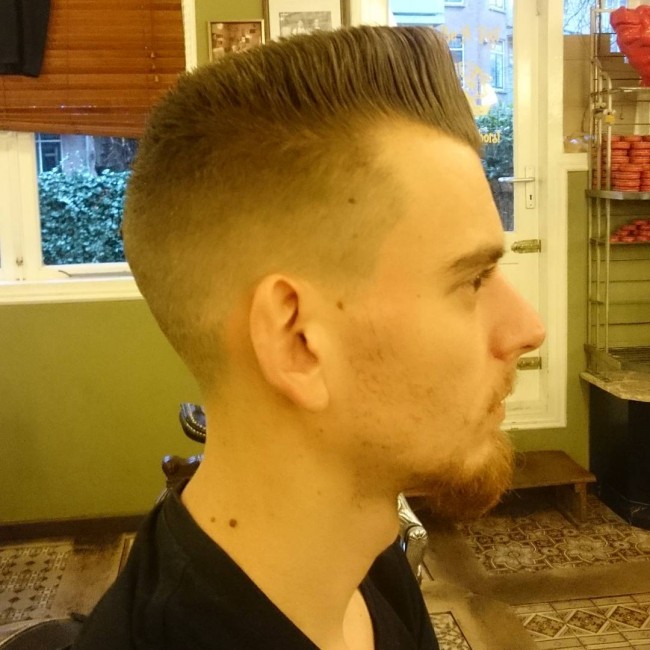 The whites wanted a flat top too but their hair was not kinky enough to stand that high. The alternative was a shorter flat top. The hair was combed towards the middle towards one side to form a flat top in the center. 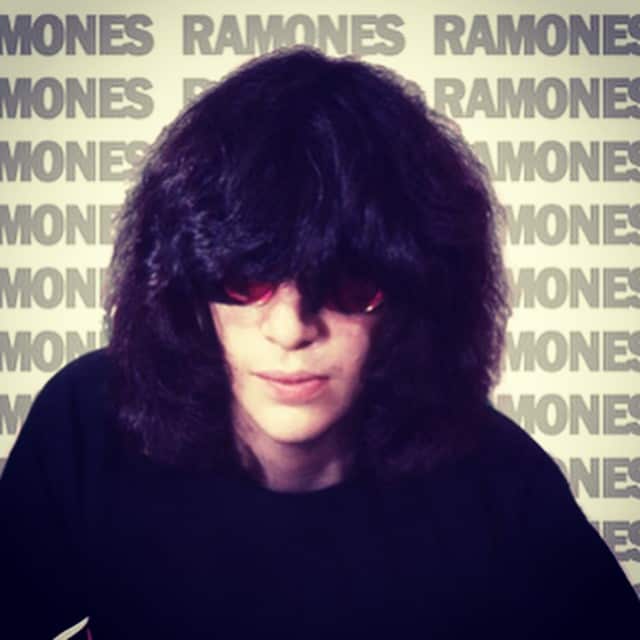 The men who had thick and long mane could choose this interesting hairstyle. All you needed to do is to grow long shaggy hair, cutting it over the eyes, the length was kept over the ears as well.

Sometimes this haircut could be very long, but shoulder length was the most popular among 90s stylish men. 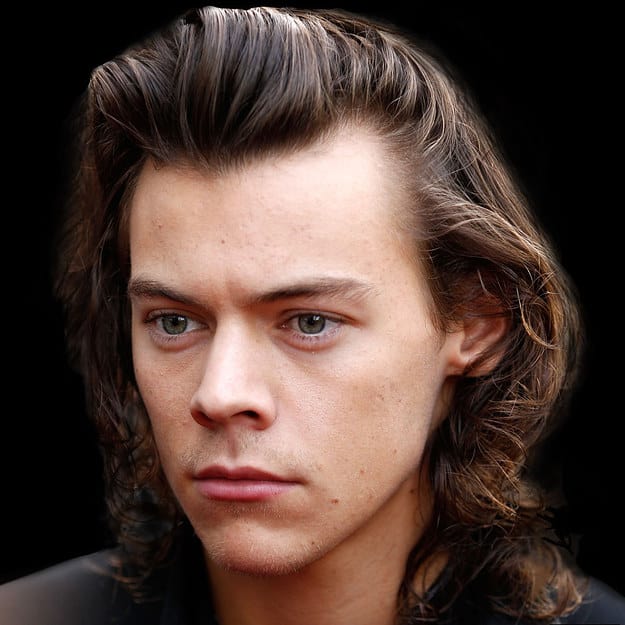 Though some people might argue that this is absolutely a chic thing, chin length hair was swag for men in the 90s. If you are looking for an example to fit this description then Will Friedle is an apt candidate. This hairstyle basically consisted of long hair cut up to the chin. 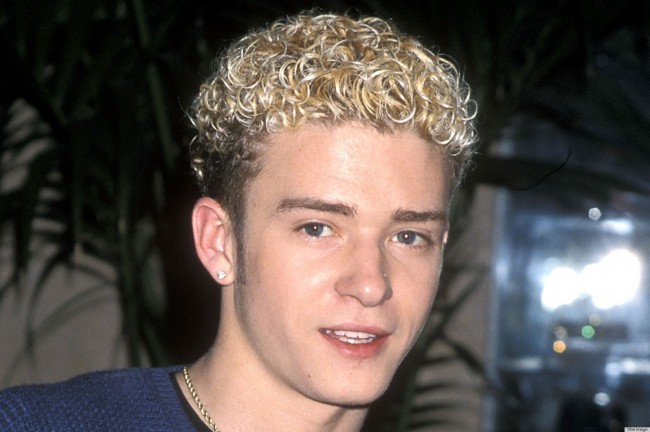 Common among whites, the hair at the top was curled while the hair at the sides was left straight. Sometimes the look wasn’t very good, people compared it to noodles, but Steve from popular teenage TV-show “Beverly Hills 90210” and Justin Timberlake wore this haircut for quite a while. 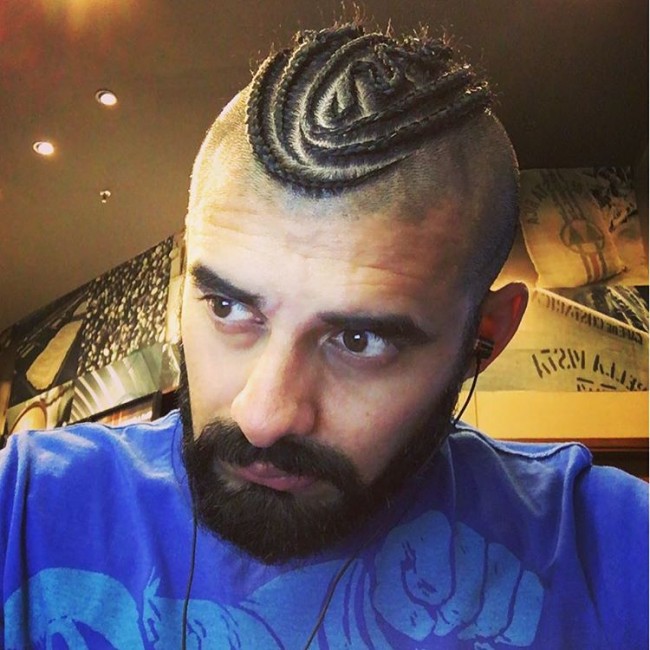 Braided short studs on the top head were famous with kids and teens of the 90s. The braids were let to lie loose on the top part of the head.

The sides were shaved with some of the braided studs dropped to the forehead. the braids could be colored or just left in their natural color. 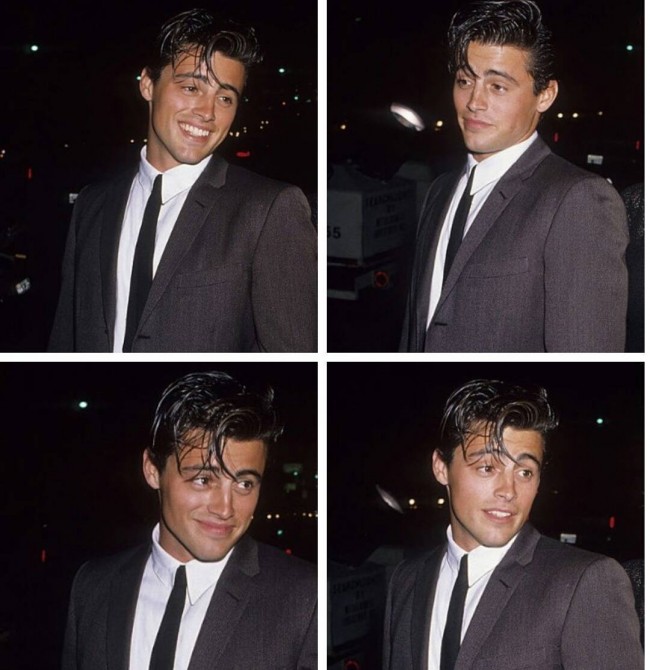 Among popular hairstyles in 90s also was side-parted slicked haircut, which looked very official and sophisticated. Popular TV-show star Matt Le Blanc had it for a few years, while he was starring in “Friends”.

The main idea is to put some gel on the hair and make it look wet, the top hair must be divided with a side-line for a neat look. 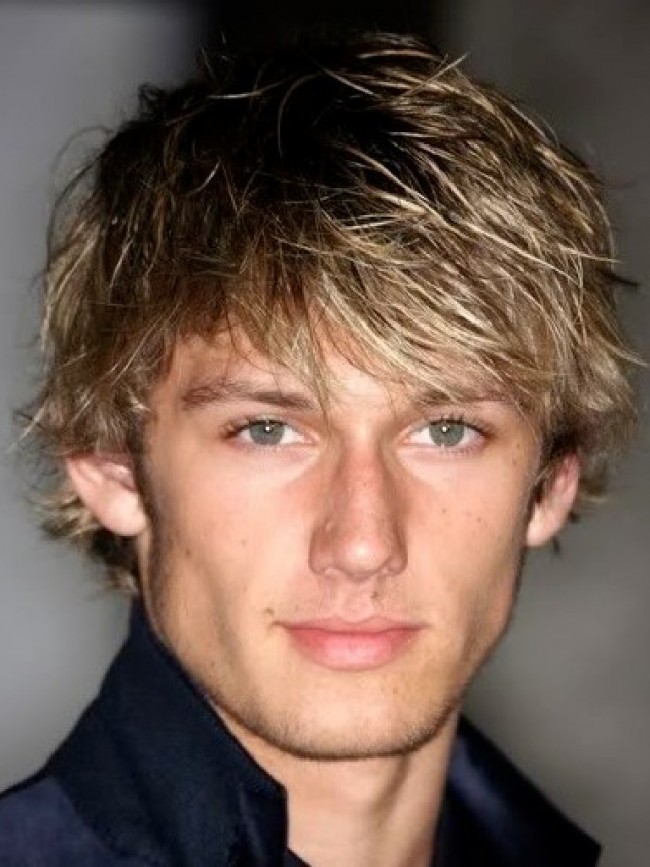 Dyed hair was making an entry into men’s hair styles. Before this, dyed hair was considered feminine but not with the celebrities of the 90s. This was a color hairstyle which was famously seen in most classic Backstreet guys back then.

It was for those who wanted some little spice on their blonde top. It has never died down since today there are quite a number of men who still remain faithful to this style.

The 90s hairstyles are nothing but unique and genius. During this period, the man was more than just the suit and tie. The fashion genius at that time cannot be ignored or underestimated.

The 90s hairstyles made a lasting impression on the fashion style. In general, men’s hair got shorter and was dyed. The trend moved into the 2000s, and there are traces of the style in the modern world.

Music and art have been the most active parts of the society which have driven the wave of hairstyles. Celebrities are the ones who spearhead hair styles, and the general population follows this trends.