It would be inaccurate to say that the Gatsby hairstyle for men has just emerged because the classic hairstyle has been around for ages. This pomade hairstyle has seen numerous variations spawned around its elegant existence over the years.

The style is based on the side swept hairstyle associated with the sophisticated and the elite since time immemorial. The appeal still remains, making it one of the best choices for anyone looking to bring out the gentleman in him.

Here are fifty variations of the elegant hairstyle. 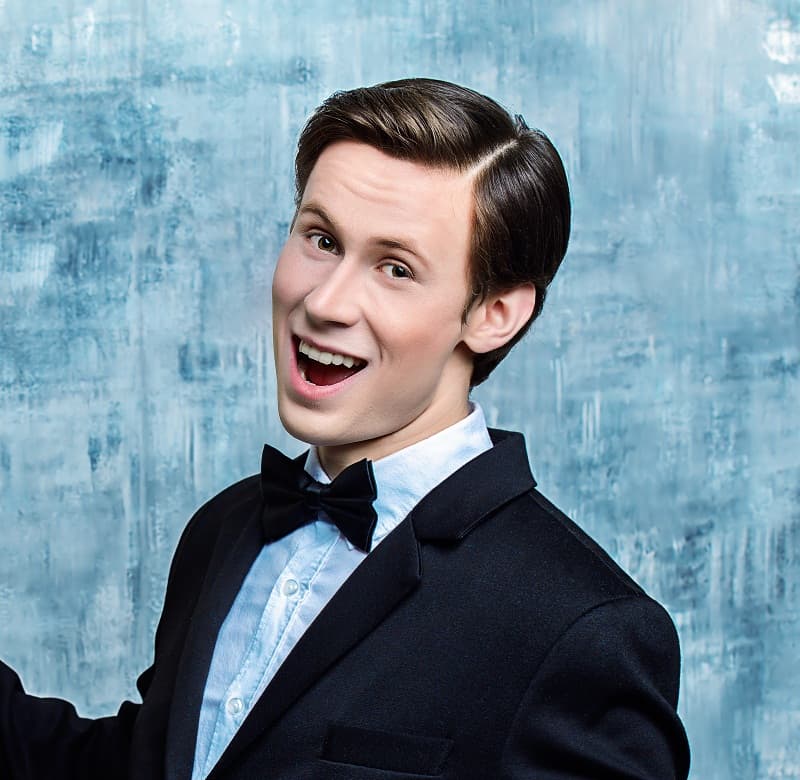 This hairstyle mirrors Leonardo DiCaprio’s Great Gatsby hairstyle. Slick and shiny with a side parting, the hair is brushed down flat with a little lift to one side. It’s timeless, formal and perfect for gentlemen. 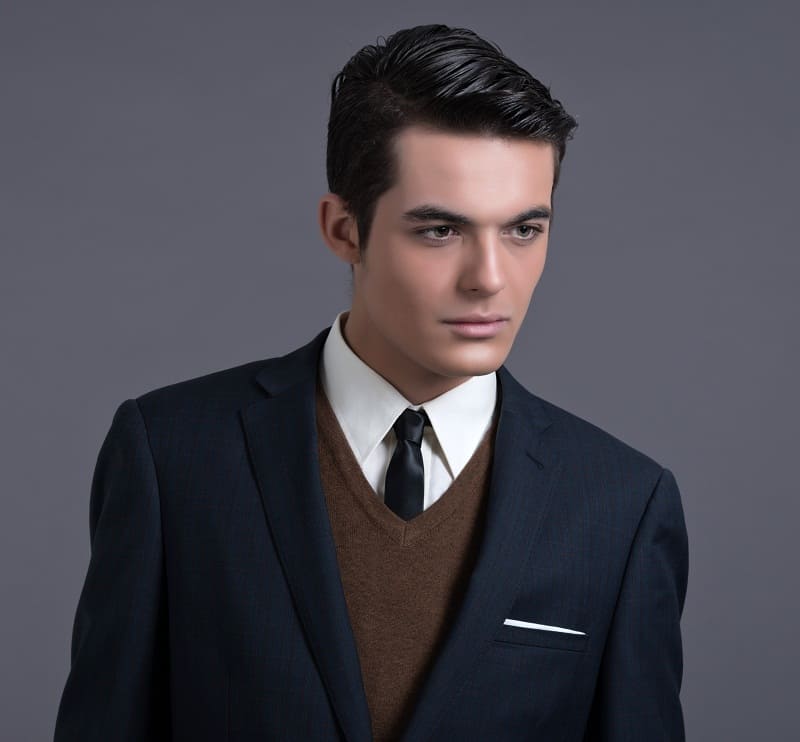 Slicker than DiCaprio’s do, this haircut looks slightly greased as most of the hair is brushed to one side, with some volume to it. The rest of the hair is thinner and brushed flat to the head, side and back. 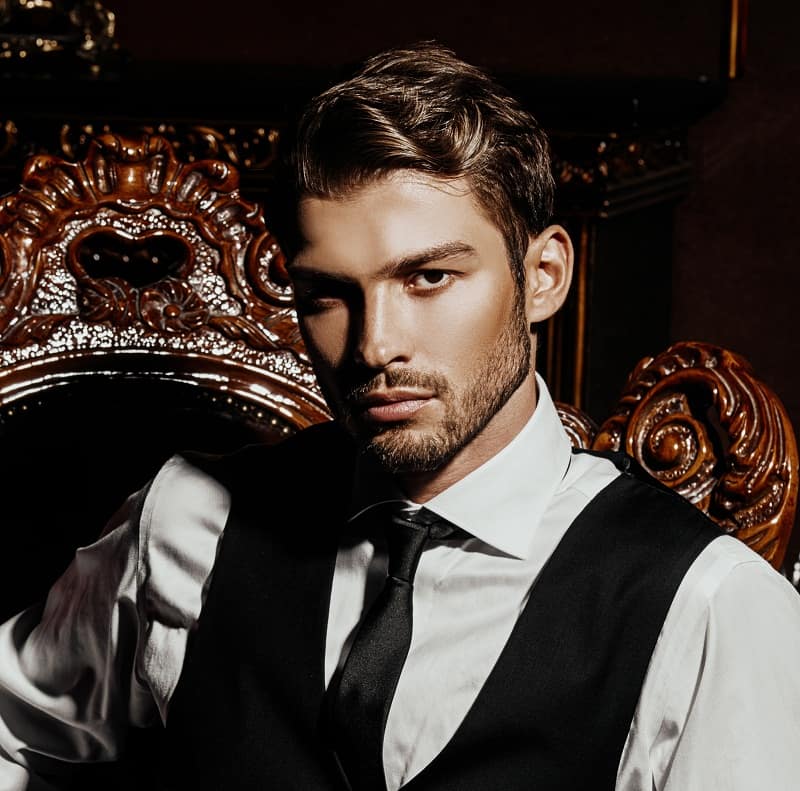 This look works for formal and casual occasions. The hair is soft, but perfectly styled with a wave caressing the forehead. The rest of the hair is short and neat, brushed but not overly styled.

For a simple and versatile style, the sides of this hair are buzzed to a number one, no fade, connected to a light jawline beard. The hair on top is long, soft, and flawlessly swept back, held with wax. 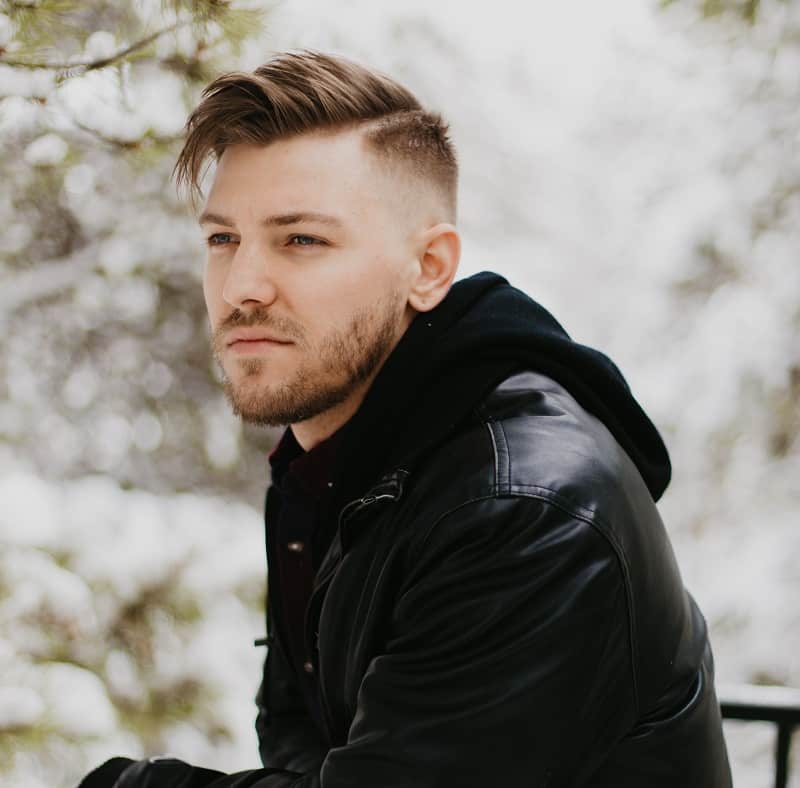 This is like a loose version of DiCaprio’s Gatsby style. One side features a skin fade, the other has textured hair standing tall and pouring over the side of the head. It’s modern, classy and casual.

This version of the hairstyle takes on a more 50s approach with a flat top and tightly side swept hair.

This was more popular with the gentlemen of yesteryears but can still look dapper when it is done on medium to short hair. The bold parting line puts emphasis on the tapered sides.

Modern versions of the Gatsby hairstyle feature a more prominent top. This particular variation carries a subtle rugged edge due to the sheer length of the top.

The side swipe is emphasizes using a clear parting line, giving it the classic dapper appeal associated with the hairstyle.

This elegant hairstyle is admittedly not everyone’s cup of tea. It features a moderately flat top with a bit of volume towards the brow. The classic side sweep and tapered sides cap off the gentlemanly appeal of this hairstyle.

Who better to rock a side sweep than DiCaprio himself? This version of the hairstyle features a modern side sweep with no distinguishable parting.

It is a great look for medium to long hair with the enhanced volume of the top emphasizing the sophistication of the hairstyle.

The beauty of this hairstyle is that it opens avenues to creativity. In this case, the sides feature a more distinct taper to emphasize on the voluminous top.

If you are looking to get a modern side sweep even with medium hair, this classic look will fit you just right.

# 11 Slicked Back Top with Tapered Sides

This variation wanders away from the most mainstream designs and boasts of a long slicked back top with steeply tapered sides that enhance its prominence. The classic hairstyle works well with long to medium hair.

A more hip version of the hairstyle that still makes waves (forgive the pun) in fashion is the voluminous top with a promenade side sweeping, albeit minimal.

The focal point of the hairstyle is enhanced with razor faded sides, resulting in a crossover modern and classic variation of the gentleman’s haircut.

The contemporary tape up hair cut fade is combined with the timelessly classy side sweep to produce an elegant crossover of the two.

Safe to say, the two styles bring out the best in each other, with the sleek fade putting more emphasis on the slicked back, long-haired top.

This daring haircut features a wild combination of the modern high tapering bald fade with a wavy top that has been swept aside in elegant fashion. The subtle beard disconnect adds taste to the classic look in this perfect example of how versatile the classic Gatsby is.

# 15 Wavy Side Sweep with Layered Tapering

Unlike the modern fades, the sides are tapered layer after layer using a barber’s scissors. This look embodies the classic Gatsby from the wavy, side-swept locks on the crown to the distinctly elegant parting line running on one temple.

# 16 Slicked Back Gatsby with Tight Top

Men preferred to keep the hair short back in the day as seen in this example. This is one of the original versions of the look that featured short to medium-length hair heavily slicked back to create a clear outline and a distinct hairline.

This look was mostly associated with the villains of the past. The slightly wavy short hair on the crown was heavily slicked back and the sides tapered a little to emphasize on the volume of the top. True to Gatsby fashion, no forelock is left unmanaged.

This hairstyle lacks the flamboyance of some of the expressive versions of the side sweep but it makes up for it with an esteemed sense of class. The smoothly side swept top is neat all the way with a slight temple fade giving the hairstyle elegance and uniqueness.

This is one of the vintage versions that has been carried on well by gentlemen from all over the world. The finger-curled top exudes sophistication with its elegantly side swept design. A parting line at the temple distinguishes the top and the medium-length sides.

Another creatively enhanced version of the gentleman’s hairstyle is this crossover that features a classical side swept top with a bold tapering down the sides that end in a temple fade. The look can have different variations using long, short and medium hair.

The thick top has been slicked back with pomade in the popular fashion. The sides take on a different fashion, the tape up, as they taper consistently then fade rapidly into the skin of the temples.

The beard disconnect is a nice touch but the handlebar moustache is entirely a matter of personal preference.

This hairstyle is as formal and as Gatsby as they get. The long-haired crown has been elegantly swept to the side and parted on the temple. Underneath it, the sides have been drastically tapered to a razor fade on the side where the hair lies.

You can still rock the side swept look without having to give up your locks. This variation breaks out of tradition with a few forelocks hanging over the brow. The curly crown is mildly swept to the side with a bit of parting done on the other side of the sweep.

This classical side sweep features the standard swept hair with an adventurous forelock piled up on the top of the brow. The sides are both tapered down to give the top a more voluminous appearance and also to enhance the symmetrical shape of the head.

This look perfectly combines an artistically tapering fade that blends right into the skin with an elegantly side-swept top with a distinct parting line running along the length of the crown. The hairstyle features fine, distinguished lines and boundaries for an elegant look.

# 26 Slicked Back Top with Tapered Sides

This look features quite a voluminous top for men who would like to maintain the length of their hair. It is swept back elegantly with a slight temple fade on the tapering sides only serving to accentuate its prominence.

# 27 Side Sweep with Low Skin Fade

If you prefer something with more distinguished contrasts and boundaries, this hip and elegant a tight side sweep incorporates the classy gentleman’s look with an edgy low skin fade about two inches from the ear that makes the look bold.

This is a hairstyle to be pulled off by only the most dapper among us. It features a wonderfully slicked top and sides with a bold parting line running along the edge of the temple to the middle of the head.

A slight taper at the back and sides caps off what is one of the neatest variations of the Gatsby.

# 29 Suave Side Sweep with Groomed Beard

Although the side sweep is usually accompanied with clean shaven or minimally bearded faces, a full beard looks just as dashing with this hairstyle. The side sweep is thorough with a parting line running along the edge of the temple.

# 30 Wavy Side Sweep with Tapered Sides

This look is ideal for long hair on the crown. A slight finger curl is applied to the side swept hair of the crown, which then overlaps on the faded sides that maintain a constant fade all the way to the sideburns and the groomed beard where it completes a fine, elegant look.

All these styles are truly elegant. But today you may variate them to look more modern. Just give it a try!